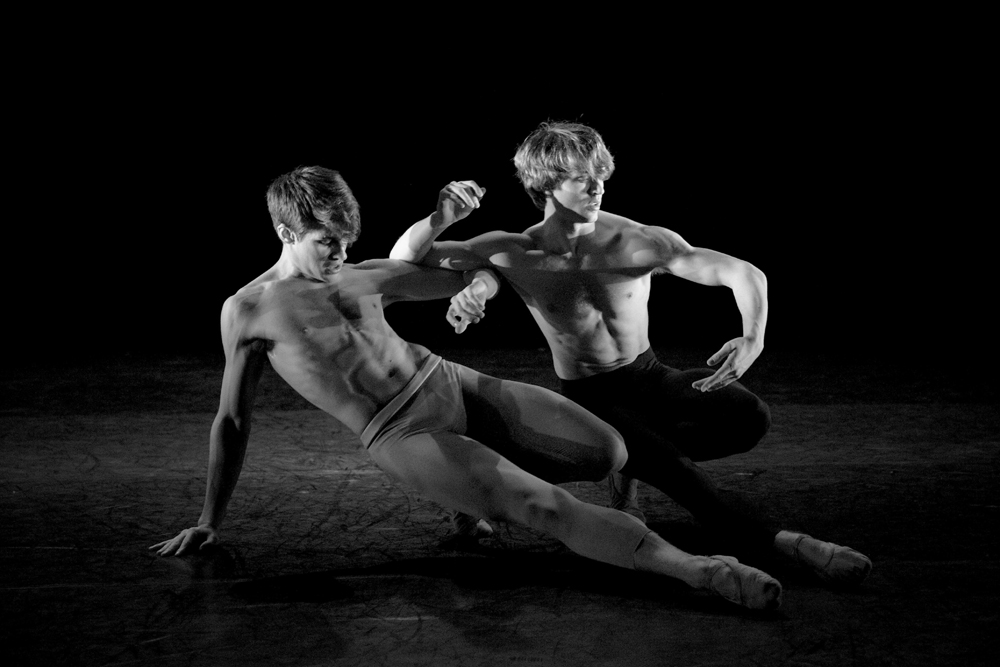 Dancing on the Edge kicked off July 2 at venues across Vancouver – the 27th year this celebrated local festival has been presenting the very best in contemporary dance. Canada’s longest running dance festival, this year’s line-up features artists at the forefront of contemporary dance expressions – risk-takers who are advancing and evolving the possibilities, and even the very definition, of contemporary dance.

One such artist is Kelowna-born choreographer Joshua Beamish, back in town from his new home base of London, England for a one-night-only performance at the Vancouver Playhouse. This truly mesmerizing evening – the 10th Anniversary Celebration from MOVE: the company – featured five individual works including four duets, and one solo performed by Beamish himself. With world-class dance talent on stage, including dancers from The Royal Winnipeg Ballet and The Royal Ballet, this artistic showcase demonstrated just how gifted a choreographer Beamish really is.

While each piece was very different from the next, the mastery and precision that Beamish applies to his choreography – which is then expertly interpreted by his dancers – served as a through-line for the entire evening. Not to mention, each work (with the exception of the solo from Beamish) featured a push-pull dynamic so enjoyable to watch between two partners in a duet.

Beamish’s choreography walks the fine line between precise and articulate, while still managing to be supple and deliciously textured. A particular highlight was Pierced, performed by Joshua Reynolds and Jo-ann Sundermeier of The Royal Winnipeg Ballet. Executed with grace and poise, the audience was transfixed by Reynolds and Sundermeier’s sheer technical prowess, which was accompanied by the powerful and haunting score How To Pray from David Lang.

Another standout work was the Canadian premiere Burrow danced by Matthew Ball and Nicol Edmonds of The Royal Ballet. Of exceptional technical abilities, these two dancers were well matched for Beamish’s highly-skilled choreography, and showed off the choreographer’s versatility as this work was set on two men, as opposed to the other female / male duets.

In all, MOVE: the company’s 10th Anniversary Celebration performance was just that – an evening celebrating the career of one our own, now a rising talent in the international dance community.

Dancing on the Edge runs until July 11, 2015. For information and tickets visit: dancingontheedge.org.